The Story of CCM

This year’s theme is “The Story/The Stories.” Each week our blog will focus on a story from a youth minister. We hope these stories help inspire you in the great work you are doing, as well as let you know you aren’t alone in the crazy, sweet, often hard to fathom world of youth ministry. This week we are hearing……

The Story of CCM 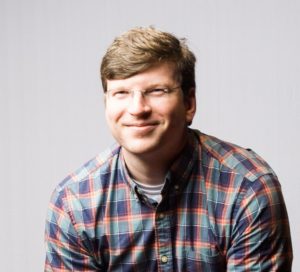 Andy is the Minister to Students at Vestavia Hills Baptist Church in Birmingham, AL.

In our youth group, we recently did a Wednesday night series on the history of Contemporary Christian Music (CCM). Just to clarify, we weren’t talking, primarily, about “contemporary” worship music, as in the label for styles often seen as the opposite of “traditional.” We traced the trajectory of the Christian music industry, exploring its origins and analyzing its growth. If you’re interested in the tension between commercialism and ministry, the “Christian” genre of popular music offers a beautifully layered case study.

For a few reasons, I think this history is especially revelatory for today’s teenagers and emerging adults. For one, the story parallels that of the Church’s growth and ensuing struggle with how to relate to surrounding culture:

Both Christianity and CCM began as small, regional, counter-cultural groups of seekers who went all-in on Jesus. The movements spread methodically through the Roman and American empires, respectively, oftentimes mimicking or adapting secular trends and traditions, and eventually found wide acceptance. Those starting out were plagued by an eschatologically urgent spirit, while 2nd– and 3rd-generation devotees disagreed about how, exactly, to be “in the world but not of it.”

Whenever the movements have snuggled up a little too close to the status quo, a handful of radicals usually cropped up and prophetically called for a return to counter-culturalism.  Their messages fell on deaf ears, though, and they failed to unify their people. The age of consumerism and specialization created a market for countless expressions and styles. In the end, the dominant expression became one mostly compatible with the culture of power and wealth, not critical of it.

Most young people (and adults) haven’t taken Church History or learned to resent Constantine, but they need to know about the cycles we repeat.

The rise of rock and roll in the 1950s and of the Jesus Movement of the ‘60s and ‘70s set the stage for a creative artistic expression from and for Christian hippies. In recent decades, when Christian labels and artists realized their surest financial bet was to produce songs tailor-made for contemporary worship services, CCM lost its edge – and from the perspective of many, its artistic and theological dignity.   In the beginning, though, the ecosystem collected talent and creativity precisely because it offered a (distinctly Jesus-centered) landing spot for those wanting to redirect their disillusionment.

In other words, it leveraged teenage rebellion for God. Adolescents are marked by unfettered passion and creative pushback. They keep families, schools, churches, and society in check by demanding we explain why we live by the policies we enforce.  If any of those rules is inauthentic or weakly imagined, they’ll notice immediately. Rarely do we acknowledge how this is a good trait. More to the point, adults often fail to see how this predisposes youth to the way of Jesus, a classic irreverent

CCM history highlights a number of great questioners who loved Jesus – a handful of whom loved him so passionately, and took his teachings so literally, they scandalized comfortable Christianity and were the John the Baptist radicals of their time. Devoid of those embodying such risky passion, Christianity will always lose youth to something more demanding.

Finally, it’s a cautionary tale. Unfortunately, the journey of CCM is mostly one from non-conformity to conformity. The professionalization of Christian music scrubbed it of its long-haired freaky people. Even though the Bible is full of confessional, lamenting, doubting, and prophetic literature, that kind of material is hard to sell. There’s little room left for irreverence, social conscience, or humility. If you’re looking for theological diversity or craving theological depth, CCM is probably not where you’ll find it. If you’re looking for something “geared toward soccer moms who support Christian radio,” you might be in the right place.

“Play it safe” CCM comes across as a knock off of popular secular music and, too often, a knock off of costly discipleship. This probably explains why so many adolescents, even churchy ones, don’t listen to it. Youth don’t want a sanitized Christianity, or one with slick marketing or entertainment value. Let’s learn from the history of CCM, get out of the way of the current generation’s unconventional approach, and fan the flame of their passion for authenticity.